This course is endorsed by IUED (Instituto Universitario de Educación a Distancia) of UNED and CUED (UNESCO Chair in Distance Education): 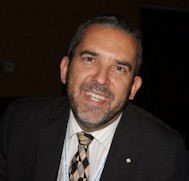